#1 in Best Places to Live in Kane County

Geneva is a suburb 40 miles west of Chicago with a population of 21,888. Geneva’s charming shopping district, established neighborhoods, award-winning school district, a myriad of recreational opportunities, and a river running through it are just a few of the elements that attract residents, businesses, and visitors to this unique town.

Geneva is a growing suburb with a hometown appeal, where residents take active roles in the schools, community, and churches. First settled in the 1830’s, Geneva showcases its historic roots with shady streets lined with century-old homes and commercial buildings, while accommodating the needs of its citizens with the continued development of residential communities, retail centers, and industrial parks. Geneva was particularly noted for its flux of Swedish immigrants, who comprised half of the population by 1900.

As Geneva’s population grows, the city stands ready to cater to the demands of a growing residential community and commercial base, providing up-to-date services, improved roadways, and beautifully maintained streets and parks.

According to Niche.com, Geneva is ranked #63 in the State of Illinois as the best place to raise a family. 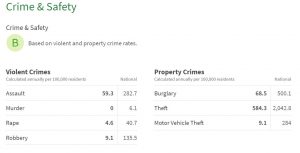 Living in Geneva offers residents a sparse suburban feel and most residents own their homes. In Geneva there are a lot of restaurants, coffee shops, and parks. Many families live in Geneva and residents tend to lean conservative. The public schools in Geneva are highly rated.

Geneva Community School District 304 consists of 6 elementary schools, 2 middle schools, and one high school along with an early childhood program. The school district is  23-square-mile with about 5,600 students in the ten schools.

Geneva benefits from highways running through the city, including State Routes 25, 31, 38 with easy access to Interstate 88.

The Fabyan Windmill is an authentic, working Dutch windmill dating from the 1850s located in Geneva, off Route 25. The five-story wooden smock mill with a stage, which stands 68 feet tall, sits upon the onetime estate of Colonel George Fabyan but is now part of the Kane County Forest Preserve District.

Here you’ll find photographs, the Fabyans’ personal artifact collections, and a limited number of original furnishings, sharing the Riverbank story with the public.

The shrine is a stone and mosaic religious Chapel. It sits next to the Kane County Government Center in the Gunnar Anderson Forest Preserve along the Fox River, near the old Sacred Heart Monastery. The shrine dates back to 1925 when a piece of the land along the river was sold to the Society of Jesus. The shrine is also known as the Geneva Grotto.

A historic residence in the Mission Revival style also known as the Henry Bond Fargo House. The house was owned by Henry Bond Fargo, a prominent local businessman who brought several early industries to Geneva. It was added to the National Register of Historic Places on May 12, 2008.

Geneva’s charming shopping district, established neighborhoods, award-winning school district, a myriad of recreational opportunities, and a river running through it are just a few of the elements that attract residents, businesses, and visitors to this unique town.

Things to Do in Geneva IL

The Kane County Cougars have been home to a professional minor league baseball team since 1991.

Fox Valley Ice Arena is a public ice skating rink but also home to the Chicago Steel of the United States Hockey League.

Write a message below

close
Get A FREE Home Valuation!
LET'S DO IT!